In 2020, the Southern Foodways Alliance looks forward. We use food to imagine, construct, and interrogate the futures of the American South.

This year’s Symposium will look and feel different, because our moment requires it. Instead of staging talks and meals over one October weekend in Oxford, and on the campus of the University of Mississippi, our 23rd fall Symposium goes multi-media. We broadcast filmed presentations and menus over four Saturdays in October, with digital and print companions, podcast amplification, and local gatherings to complement.

Two chefs carry these themes from page to plate. Oscar Diaz, the James Beard semifinalist behind Raleigh restaurants Cortez and Jose and Sons, offers new ways to meld traditional Southern cooking with his family’s Mexican cuisine. You’ll never cook a kettle of Brunswick stew the same. As chef and owner of Virtue in Chicago, Erick Williams connects the South, the Black diaspora, and the future of national foodways. Think Tabasco-brined Cornish game hen and cucumber salad with biscuit croutons.

SFA augments these presentations with digital question-and-answer sessions. And a special print issue of Gravy that features text from the talks. Attendees also receive a Symposium in a Box, delivered to their doorsteps, filled with ingredients, tools, recipes, and more, to bring the Symposium experience home. Finally, after the month of presentations wraps, we aim to facilitate a series of safe, local, in-person gatherings and guided discussions in early November using Gravy texts as prompts.

SFA invites members and non-members to attend the Fall Symposium. All may purchase tickets at the price of $50, which includes early access to all Symposium programming, the opportunity to participate in Q&As, a customized discussion guide, and the Symposium in a Box delivery.

The Symposium will begin on Saturday, October 3, and continue on October 10, 17, and 24. If you purchase a ticket and are unable to watch the live talks, recordings will be archived and made available to you.

We wish we could greet you in person. But from our couches to yours, we welcome you to the 23rd Southern Foodways Symposium. Pajamas welcome.

“The Light that Brings the Missing” and Other Poems
Ada Limón

We Must See the Truth
Ralph Eubanks

The Rooting of the Sur-Mex Family Tree
José R. Ralat

A Crowded Table: “I loved to dance and refused to squirrel hunt.”
Silas House

Food as Weapon and Salve: The Legacies of Georgia Gilmore
Safiya Charles

“The Recipe” and Other Poems
Ada Limón

A Letter to My Unborn Child
Caleb Johnson

How We Imagine Ourselves
Brian Foster 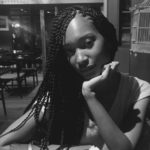 Safiya Charles reports on race and ethnicity for Montgomery, Alabama’s Montgomery Advertiser, where her stories have examined racial justice, poverty, and the impact of the coronavirus pandemic on local lives and businesses. She previously covered news and politics in the New York metro area and Southeast Asia, and her work has also appeared in The Nation and The New Republic. 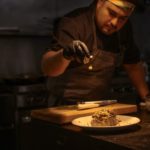 Oscar Diaz trained in West Coast kitchens before landing in Raleigh, North Carolina, where he’s now chef of Cortez and Jose and Sons, two restaurants that meld his Mexican heritage and new Southern home. In 2019, the James Beard Foundation honored him as a semifinalist in the Best Chef: Southeast category. When he’s not in the kitchen, you can find Oscar sipping a Fin Du Monde at his favorite beer shop. 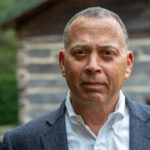 Ralph Eubanks, a writer and essayist, is the author of three books, including the forthcoming A Place Like Mississippi (March 2021), which guides readers through the real and imagined landscapes of the Magnolia State. His memoir Ever Is a Long Time was named one of the best nonfiction books of 2003 by The Washington Post. A former editor of the Virginia Quarterly Review, Ralph is currently a visiting professor of English and Southern Studies at the University of Mississippi. 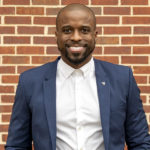 Brian Foster teaches sociology and Southern Studies at the University of Mississippi, where he studies race, culture, and inequality with attention to post-1970s Black cultures in the rural South. His forthcoming book I Don’t Like the Blues: Race, Place, and the Backbeat of Black Life (December 2020) explores the attitudes and sounds of Black life through the homes, memories, and worlds of Black folks in contemporary Mississippi. 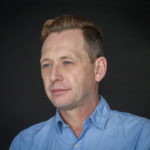 Silas House is the bestselling author of six novels, including 2018’s Southernmost, which grapples with the limits of belief and infinite ways to love in a small Tennessee town. The book was a long-list finalist for the Carnegie Medal for Excellence in Fiction and appeared on numerous “Best of 2018” lists. In 2016, Silas wrote the play In These Fields: A Folk Opera with Sam Gleaves for the Sunday performance of SFA’s 19th fall symposium. 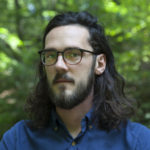 Caleb Johnson is the author of the 2018 novel Treeborne, a celebration and reminder of how the past tangles with the future that received an honorable mention for the Southern Book Prize. An Alabama native, Caleb has worked as a newspaper reporter, janitor, middle-school teacher, and whole-animal butcher. He currently teaches writing at Appalachian State University. 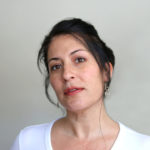 Ada Limón has authored five books of poetry, including The Carrying, which won the National Book Critics Circle Award for Poetry and was named one of the top five poetry books of the year by The Washington Post. Her book Bright Dead Things was a finalist for the National Book Award. She teaches in the Low Residency M.F.A. program at Queens University of Charlotte and splits her time between Kentucky, California, and New York. 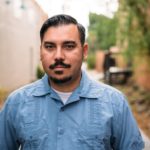 José Ralat holds the title of taco editor for Texas Monthly and is sought after for his authoritative and expansive knowledge of local, regional, and national taco scenes. (The New York Times called him “an expert on the folklore of the taco.”) His book American Tacos: A History and Guide, which explores the evolution and diversity of the U.S. taco landscape, was published in 2020. 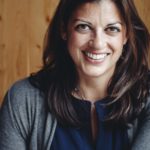 Chandra Ram edits Plate, an award-winning food magazine for chefs, and has authored cookbooks including The Complete Indian Instant Pot Cookbook. After studying journalism, culinary arts, and wine, she spent years bouncing between writing, cooking, serving, and bartending jobs. Her writing has earned her nominations from the James Beard Foundation and the IACP, as well as an Association of Food Journalists award. 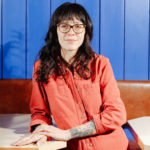 Claire Sprouse grew up in Houston, where she began mixing cocktails for extra cash. In 2014 she formed the Tin Roof Community with Chad Arnholt to spotlight green bar initiatives, earning the Tales of the Cocktail Foundation “Sustainability Spirit” award. Four years later, she launched Hunky Dory, a low-waste, all-day café and bar in Brooklyn. Her latest project is Outlook Good, the organization behind Optimistic Cocktails, a collaborative e-recipe book featuring drinks that utilize food waste. 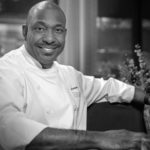 Erick Williams is the owner and executive chef at Virtue Restaurant & Bar in Chicago’s Hyde Park neighborhood, where he combines fine dining, Southern cuisine, and his studies of the Great Migration. A Chicago native, Erick previously worked as executive chef at mk The Restaurant. Virtue has received national recognition since opening in 2018, and in 2019 The New York Times named Erick one of “16 Black Chefs Changing Food in America.” 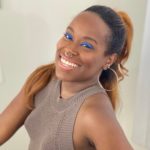 2020 Egerton Prize Winner Ashtin Berry is an advocate and educator in the hospitality industry. She organized RadicalxChange and its complementary symposium, Resistance Served, that focuses on the contributions and history of the Black Diaspora across food, beverage, and agriculture. 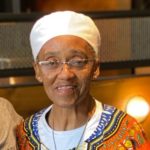 2020 Ruth Fertel Keeper of the Flame Honoree Hanan Shabazz is an Asheville, North Carolina, native. An activist in her youth, she has led a life of bold service. A former restaurateur, she has worked with Benne on Eagle and the Southside Community Kitchen, where she teaches the art and history of soul food and inspires new generations.

SFA thanks Zaire Love, Charles Mitchell, Ethan Payne, and Joe York for creating the films that are shared during this virtual symposium.

The Southern Foodways Alliance values the time and talent of all presenters who are part of the symposium and, in accord with our values statement, we believe that their work should be compensated. We thank these donors for supporting the Southern Foodways Alliance throughout the year, and making it possible for us to offer affordable tickets for the virtual symposium as we adhere to our values.